"Each member of my group came from a distinct community and brought with him/her, a unique perspective." 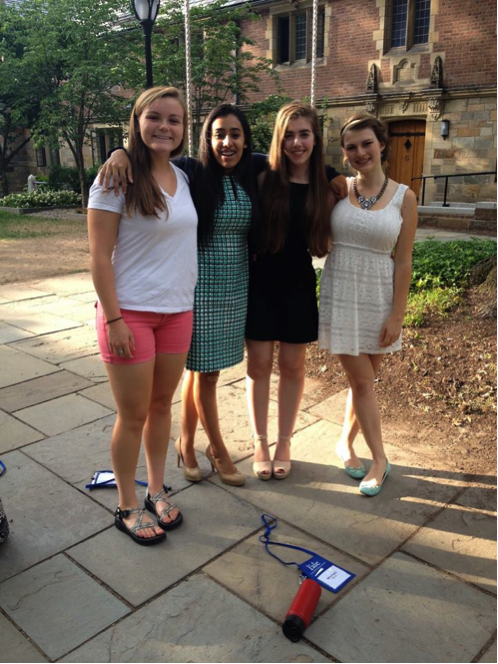 This photo was taken prior to the project group presentations – my second last day at Yale. The group projects encompassed what I loved most about participating in the Yale Young Global Scholars (YYGS) program, that being diversity; curiosity; and creativity.

Each member of my group came from a distinct community and brought with him/her, a unique perspective. For example, one of my group mates from Ghana provided the inspiration for our project topic based on her experiences in West Africa. She told us of the 42-year-long conflict between Morocco and Western Sahara, and particularly, the ineffectiveness of the African Union in resolving the territory dispute. This was an unfamiliar topic to all of my other group mates – especially myself, being from an urban hub like Toronto. However, that was what made it so intriguing for us to pursue. The diverse cultural backgrounds of each group member in my project group was undoubtedly a motivating force in my curiosity to discover the issues occurring in someone else’s community.

With our project topic decided – the Western Sahara conflict – we began to tackle the problem by taking on the role of the Polisario Front (the current governing body of Western Sahara) and thereby creating our own grand strategy for Western Sahara. However, given that the African Union and the United Nations (UN) have both been ineffective in holding referendums in Western Sahara to officially recognize its sovereignty, my group mates and I were forced to think creatively in order to navigate a unique yet feasible policy proposal for Western Saharan sovereignty. Inspired by the similarities between each student at YYGS despite the distances in residency, we discovered that, similarly, Western Sahara had great historical and economic ties to Italy. We therefore centered our policy proposal around a trade agreement between Western Sahara and Italy that was intended to offer economic, political, and potential military support to the conflict region if there were to be another failed UN referendum.

The opportunity to participate in the group project activity at YYGS allowed me to explore a subject outside of my school curriculum and have my curiosity challenged. Not only did my group and I devise a potential solution to a current conflict, but most significantly, I was able to collaborate with four other adolescents each from four different continents not least countries with interests similar to my own and distinct cultures that offered me perspective on my own position in the global community.