"I learned the beauty of people and that will never leave me however tough life might become." 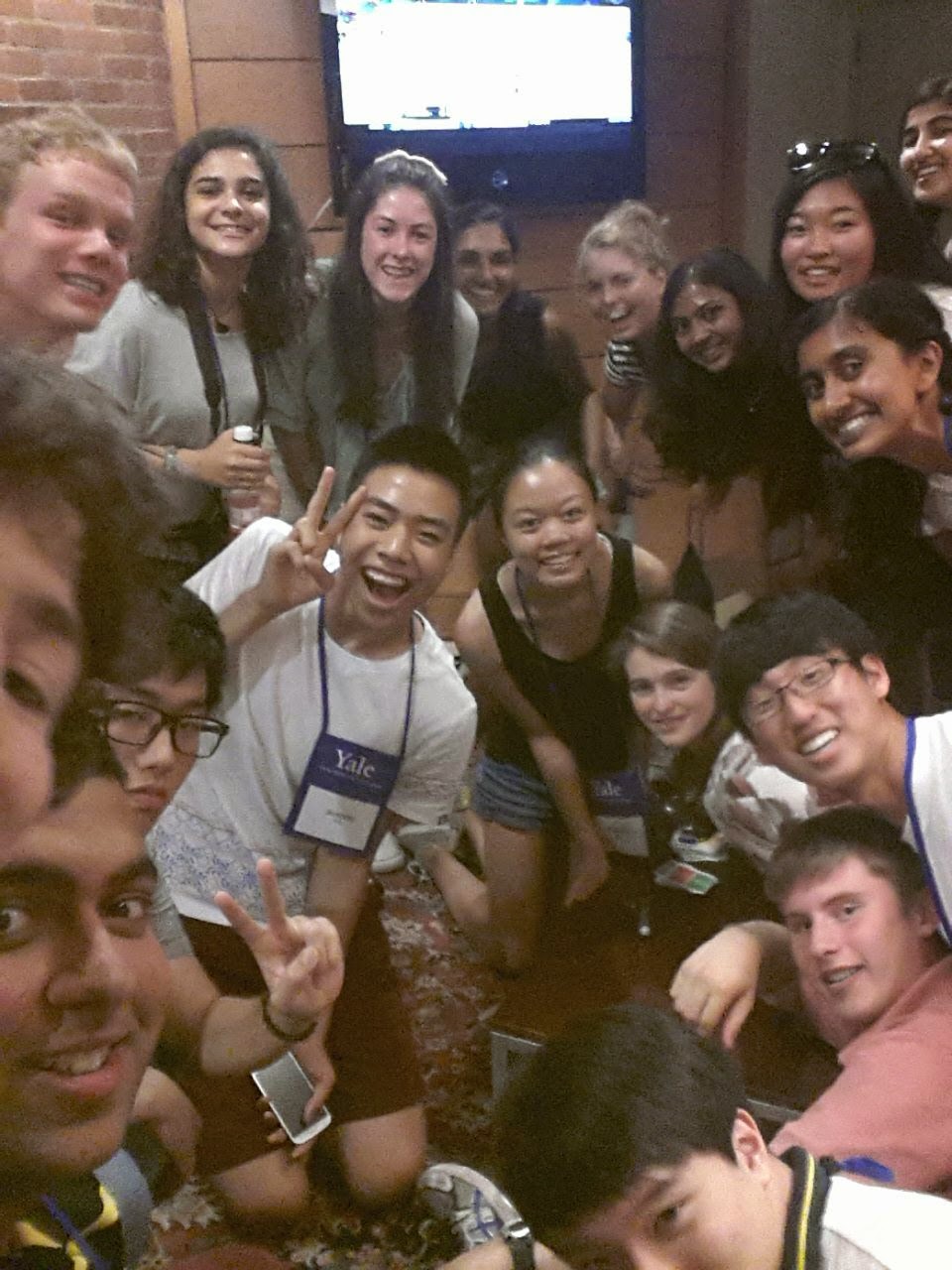 Here goes: YYGS was the best time of my life. Without a doubt. On my return to London I have immersed myself back into the functionality of mundane life only to clock, “there’s blood on it” as Arthur Miller quite candidly comments. Returning home seems a bit empty and unfulfilling having been to Yale; if I could have my way, I would be there 24/7.

Whilst academic camps are commonly respected for the teaching of hard skills and broadening knowledge, I gained something much more transferable during my two weeks. I learned how to learn and I learned how to think.

Picture me, first day, outgoing girl of age sixteen, but even so, rather conscious she doesn’t follow the norm. (At least the accent gives me a slight advantage, *frantically think of words to entertain the devoted American admirers*). However beautiful the surroundings of luscious JE College are, or the facilities littered on every step of campus, it was indeed the people that did everything for me. I thank them, both my close friends and those I sadly had less of a chance to acquaint myself with, from the bottom of my heart. They were YYGS. It’s true and it’s poignant. The people I met exceeded all possible expectations in both a social and academic context. It illustrated that the world is filled with more than you think, so go out there and lap it up, no one is here to stop you. YYGS facilitated this proactive approach and thus I wish to thank the university for the opportunity shared with us lucky few.

It is an oversight to dismiss the stature of our lecturers and the deluge of knowledge conveyed. If asking questions about the justifications for actions made by the man/woman in front of you does not enthral you, I don’t know what will. Discussion sections were also consistently insightful and there was never a dull moment without controversial debate. As demonstrated, it was a comprehensive and varied two weeks, yet I don’t begin to posit we - a group of keen kids desperately trying to solve the world’s problems in 14 days - when according to Jules Verne you need 80 to get simply get around it, mitigated all issues. The thrill of Grand Strategy lies in this very fact; there is never a right answer.

The multi-cultural aspect and noticeable diversity of the programme was immensely refreshing for us all, one rarely heard the same point of view more than once. This attributed to honing our critical analysis skills in having the ability to fully criticise our own views as well as those of our fellow like-minded peers. Many of us have even been converted on a few key issues that we had previously sworn to stand our ground on. When you come away from somewhere with a sufficiently different mind-set, you know it’s been worthwhile.

--My experience can be concluded simply, so I’ll leave you with this. I learned the beauty of people and that will never leave me however tough life might become--