"YYGS was a phenomenal experience that allowed me to explore new horizons and broaden my perspective of the world." 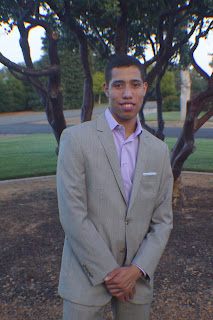 In the summer of 2016, I was honored to be selected for the Yale Young Global Scholars Program for Politics, Law, and Economics. Yale Young Global Scholars was a remarkable experience that I will treasure for the rest of my life. I learned about the program through my high school counselor, who thought that this program would be a great fit for me. As a student from a rural high school in Northern California, Yale Young Global Scholars was a phenomenal experience that allowed me to explore new horizons and broaden my perspective of the world. I spent two extraordinary weeks interacting with a diverse, energetic, and open-minded group of high school students at one of the most prestigious universities in the world. We were taught by world renowned professors in the fields of politics, law, and economics, such as Ted Wittenstein, Akhil Amar, and Paul Solman.

YYGS’s rigorous course schedule was filled with lectures, discussion groups, seminars, and capstone projects. As students, we utilized our time efficiently and effectively while gaining a well-rounded education. In addition to lectures by prominent professors, we participated in seminars taught by graduate students who were passionate and driven by the subject matter. I was exposed to and learned about interesting topics, such as Apple vs. FBI, Black Lives Matter, Capital Punishment, and the American Dream. In addition, I had the opportunity to create and deliver a presentation about the psychological shift of individuals regarding affirmative action with a group of three intelligent and motivated students.

While attending intellectually stimulating and thought-provoking lectures, I met many bright and compassionate individuals from all over the world. It expanded my holistic view of the world through the exposure of different perspectives and experiences in a learning environment which promoted the exchange of ideas. After the lectures, we participated in discussion sessions, which was a great opportunity to share our views and learn different perspectives in order to gain a deeper understanding.

Personally, the most memorable experiences were touring Yale Law School and eating lunch with the Dean of Yale College. At Yale Law School, I learned about its philosophy, history, and opportunities for law students. In addition, while eating lunch with Jonathan Holloway, the Dean of Yale College, we discussed topics ranging from his job to Yale’s tradition and future.