"From the knowledge and perspectives I gathered from discussions to the research skills I acquired during the Capstone Project, my cognitive abilities were stretched and extended beyond my limits." 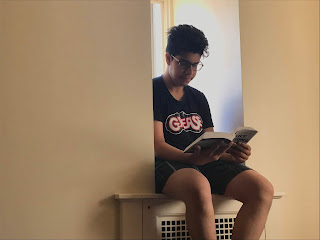 My name is Pranav, and I attended the YYGS Sustainable Development and Social Entrepreneurship (SDSE) program in July 2018. Being an international candidate of Indian origin living in Beijing, I knew that this would be a great opportunity to experience American university life in New Haven, and get to know people of various nationalities and sociocultural backgrounds. However, I was worried that since the program was “highly selective," I would be the least academically sound compared to others, and subsequently not able to contribute much in breakout and seminar discussions. My biggest fear was probably the Capstone Project. I had no idea of what it consisted of, and how I would excel in it.

But all these fears never materialized. In fact, one could say I was just the opposite of what I expected myself to be.

The feeling of setting foot in a historical and world-renowned university was absolutely surreal. I hadn’t even started my junior year of high school, and here I was — residing and learning at one of the top universities in the world. Can you believe it?! But you will be surprised to know that the overwhelming feeling soon goes away. I started to settle into this new environment, and I gradually made friends and connections with others.

You’ll be hearing this regularly in YYGS: “The biggest learning you’ll do will not be from lectures or seminars, but from the peers around you.” And that philosophy was proven true all along. I got to meet some of the most amazing people from very interesting backgrounds, who had these staggering stories to share with all of us and were doing some really fantastic work in their communities. Some were already social entrepreneurs by the time they applied to YYGS! Every day was a great day with new thoughts and interactions to be inspired by. All of us had some of the most amazing solutions to share about tackling global issues, which were great starting points for fruitful and productive discussions.

Seminars, the Capstone Project, and special meals with program instructors were my academic takeaways from YYGS. From the knowledge and perspectives I gathered from discussions to the research skills I acquired during the Capstone Project, my cognitive abilities were stretched and extended beyond my limits. I hope to apply all of what I have learned in these facets of the program towards my future education and career life. I was blown away by my first seminar on interest-based negotiations between countries led by Mason. Another impressive seminar taught by him was on international relations game theory. These and other seminars have strengthened my lifetime dream of working in the United Nations someday. With the expert guidance of my Capstone instructors Aanchal and Erik, I exercised my prior and newly-learnt research skills in completing my Capstone Project successfully.

The time spent outside of lectures, seminars, and Capstone Project sessions were also times to cherish. I vividly remember being one of the first people to enter the dining hall in the morning for breakfast, and going with the “Early Morning Squad” to snatch front-row seats in Davies Auditorium for morning lectures. After a hard day’s work, I would be playing table tennis at the Pierson College Game Room with Griffin, Hashaam and other friends. And the times spent in the courtyard, socializing, soaking in the fresh air, playing spike-ball, ultimate frisbee, and football were unforgettable. Back in the dorm, watching the FIFA World Cup finals and pre-season basketball games with my roommates brought out a great sense of camaraderie among us. These recreational occasions formed great memories worthy of a lifetime.

YYGS will be an experience that I will hold very close to me. I will never forget the knowledge and perspectives I got to acquire, as well as the fun times with friends. YYGS is more than just an “academic enrichment and leadership program.” It’s a program that will invigorate your hearts and minds and will bring out the best in you. After attending YYGS, I have faith that our generation can tackle global issues of the 21st century successfully.