"Many of the conversations I had with students from different countries, especially from the Middle East and Asia, helped open my eyes to the current situations in those places." 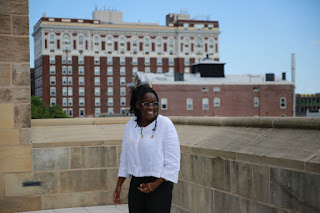 My name is Makabongwe. I'm from Bulawayo, Zimbabwe, a small farm town in the South of the country. I’m currently in my last year of high school, and I'm homeschooled at a community homeschooling center taking Mathematics, Biology and Chemistry. Attending a program like YYGS was my first big trip from one continent to another. It opened my eyes to all the cultural differences between different countries, but most of all, it helped me see how my country in particular as a developing nation has so much work to do to catch up to other nations. There were many things that I had been taught to understand as the norm in my country, but I realized that there were better alternatives in other countries. Coming from a country where we only have 7 barely-functioning hospitals, to see a standalone university having its own medical center was such a big shock.

YYGS taught me a lot about autonomy. I realized that I have many more rights than I thought I had, and not everything is a privilege that one doesn’t deserve. I enjoyed my lecture on pluripotency of cells because it showed all the advancements being discovered in the medical field, especially in cancer research. It made me happy to know that someone else doesn't have to lose their father to a lack of cancer treatments available to them like I had to. Too many times in African culture, we've been taught that science in itself oversteps its boundaries and that some things should be left unknown. But during this program, this idea was debunked in our minds— that medical advances aren't overstepping any unwritten boundary, but rather, are helping so many people.

YYGS opened doors into fields that I would have never previously considered, such as the opportunity to visit different labs focusing on various disciples. It gave us the opportunity to look past the thought of being simply a doctor, accountant, or engineer. I found this and the lectures very beneficial and eye-opening, especially while doing college applications. My YYGS experience has given me direction as to what I want to pursue in the future.

One moment that stood out at YYGS was the Speaker Series. Being able to hear people talk about their different backgrounds and all the different things things they had to overcome to get to YYGS was very inspiring. Additionally, hearing about the amazing things that people my age or younger were achieving was inspiring, because I saw how people were making the most of the resources available to them. Furthermore, many of the conversations I had with students from different countries, especially from the Middle East and Asia, helped open my eyes to the current situations in those places. I had the privilege to talk to these students about the political situations in their countries. Many of them resonated with my own, and I realized that most of us are uncertain of our futures and our education because we are unable to easily access opportunities. Being able to talk to people about these issues one-on-one really brought me comfort, as I realized that I'm not the only person who is confused and frustrated by the misgovernment of our countries and consequent danger for its civilians.

I'm terms of future university life, YYGS helped me see that going to university in America is an option if I work hard and plan my options out well enough. I realized that I don't have to be pessimistic and think my options are limited to local universities which have limited program choices and haphazard teaching curriculums.