"We could immerse ourselves in Chinese culture... all of that distinguished how diverse the world is." 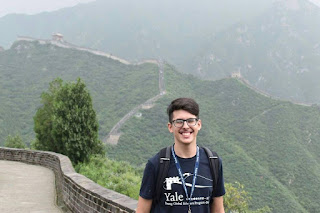 I have to be honest with you: I spent days thinking about how I could include the name of every person that changed my summer of 2018 in this blog post, but that isn’t possible because I would use more than a hundred words writing all these names. Therefore, if you participated in the YYGS Beijing Session 2018, please know that you changed not only my summer, but my life!

My journey to YYGS Beijing started when the airplane pilot said: “Crew, prepare for take-off.” It was my first time abroad (from Brazil to China). Adding all the travel time, it took more than 40 hours to arrive at Beijing Airport. At this time, I realized that I would struggle a lot to talk in English because I wasn't used to practicing it routinely. However, in the shuttle ride to the hotel, the YYGS people comforted me and helped me to face all my issues. 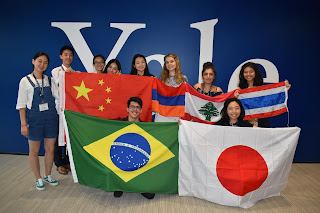 In the Asia in the 21st Century (ATC) session, I perceived the notoriety of high teaching standards aligned with critical thinking through the lectures and seminars. Even during the breaks, the students kept talking about the speaker topic. Additionally, the rooms of special meals with professors were always all full because of how exciting and engaging they were.

Additionally, we could immerse ourselves in Chinese culture. We climbed the (deep and high) Great Wall, and I learned about the Ming and Qing dynasties in fieldwork. Other people chose to understand Modern Beijing. Further, I needed to haggle a lot due to the Chinese shopping culture. I went to Wangfujing Street as well and saw my friends eating scorpions, spiders, and other exotic foods (compared to Brazilian cultural foods). All of that distinguished how diverse the world is. 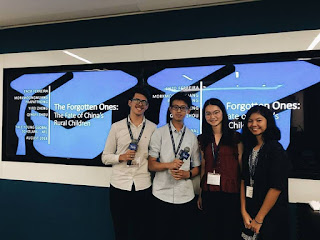 Affection, compassion, and love is one set of words that could summarize my Yale Young Global Scholars experience. The YYGS staff cared a lot about students’ mental health. Even though I was shy, with their help, I was able to meet many friends. During the YYGS Family Time, I built up the confidence to be who I am.

The highlight of YYGS for me was the Speaker Series, when one person talked about stuttering. I realized that the same preconceptions exist in different parts of the world and how they can be so dangerous. At this moment, I cried for the suffering of the speaker, and I was pleased due to his empowerment and courage.

Besides that, the Capstone Project was a formidable challenge for us. We had to do a group presentation based on some academic papers about Asia affairs. Although my theme was society, I was able to see other presentations as well. The most gratifying thing was seeing the students’ smiles after their performance.

No matter where you were born, we all had one thing in common: the love for arts. The last two nights of YYGS Beijing 2018 were unforgettable because of the Karaoke Party, in KTV, and the Talent Show, in Yale Center Beijing. I listened to some Chinese music (though I failed in trying to sing these) and sang various English songs with the most diverse people I have ever met.

Although I spent more than 80 hours on transportation between Brazil, to China, back to Brazil, it wasn't harder than how much I'm missing these incredible people.
Labels: 2018 ATC